Below mentioned are some of the best Irish Golf Courses. The Irish Open was held at the K Club in May 2016 and was won by tournament host Rory McIlroy, and now was staged this year on July 6-9, immediately preceding the Scottish Open at Dundonald and the Open at Royal Birkdale. Portstewart Golf Club was hosted by the Dubai Duty-Free Irish Open, setting up a three-week spell of links golf culminating in the Open Championship.

It is the third time the tournament played north of the border in six years after previous outings at Royal County Down and Royal Portrush. The blue riband event of Irish golf has gained even greater prestige, as the Irish Open was added to the Rolex Series, which guaranteed a prize fund of $ 7 million.

This year attracted the highest-profile field to ever grace the Irish Open with a star-studded field, including Justin Rose, Jon Rahm, Hideki Matsuyama, Ian Poulter, Rafa Cabrero Bello, Lee Westwood and the majority of the 2016 European Ryder Cup team.

So in this golfer’s paradise, if you are prepared for changing weather, strong winds and challenging courses here are the ten best and perfect courses you can enjoy in Ireland and become a great golfer.

This family resort has two traditional links golf courses. Known as the Old Course and the Cashen Course. They are both unique in character, testing all aspects of shot-making. The layout of this course right next to the Atlantic ocean seems more natural than designed. So be in for a golfing experience that takes you “back to the roots” of the sport.

You can enjoy it in April, May and October and is open until 7.30 pm daily. From June to September open until 8.00 pm daily and from November to  March, the Ball Dispenser at the Practice Facility is closed. But members may use the facility using their own golf balls.

The Golf Professional, Brian O’Callaghan, is available for lessons where you learn the art of shot-making – chipping, bump and run, bunkers, playing in the wind and putting.

Ballyliffin Golf Club consists of two outstanding, contrasting links courses and 36 wonderful holes, making up one of the finest golf resorts to be found anywhere in the world. The expansive panoramic views of the countryside, coastline and ocean savoured by these magnificent links courses will not easily be forgotten.

The Old Links undulates in the glory of its natural terrain, presenting an immensely enjoyable challenge to every golfer. The new Glashedy Links is a Pat Ruddy and Tom Craddock masterpiece fashioned around the incredible dunes and is rated amongst the best links tracks in the world. Craddock and Ruddy are also credited with much of the improvement carried out to The Old Links in the course of constructing The Glashedy Links.

Pat Ruddy is the owner of The European Club and is regarded as one of the greatest golf architects of modern times. The home to two championship links courses and one of the warmest welcomes in golf – this is a must when putting together an Ireland golf package with your friends.

The five-star Druids Glen Hotel & Golf Resort, located between the Wicklow Mountains and the Irish Sea, thirty minutes from Dublin is home to two wonderful golf courses.  These two championship golf courses allow you to enjoy varied play over equally exhilarating landscapes – both of which are renowned as being amongst the finest, most challenging and most enjoyable in Europe.

The Druids Glen Course is famous for hosting the Irish Open on four occasions along with the prestigious Seve Trophy. The Druids Heath once host to the Irish PGA Championship, is known as “nature’s gift to golf” weaving its way around quarries, trees, lakes and pot bunkers. Golfers can absorb the rare heathland course, and the breathtaking setting, with views over the Irish Sea, on what was once the doorstep of the ancient Druids of Ireland.

The K Club features two Arnold Palmer-designed Championship Golf Courses offering golfers 36 of the most exciting and dramatic holes, The Ryder Cup Course and The Smurfit Course that promise to challenge and excite golfers with treacherous rough, water hazards in abundance, long greens and undulating fairways.

Lahinch Golf Club is renowned for the way the links have retained all of their old virtues. There are two courses available here the old course and another castle course. Lahinch has worked with some of the game’s outstanding designers from its inception through to modern times; Old Tom Morris, Dr Alister MacKenzie and Dr Martin Hawtree. Two of Morris’s creations were the famous Klondyke (4th) & Dell (5th) holes, which are still in play today. These iconic holes continue to be the most memorable talking points for first-time visitors to Lahinch and are seen locally as fitting tributes to the great Scotsman.

In 1999, the famous British golf architect, Dr Martin Hawtree, who has re-designed several British Open links for the R&A, brilliantly modernized the links golf course at Lahinch creating an outstanding challenge – even in the modern era. He re-routed 4 holes and added 2 new par 3′s, the 166-yard 8th and the 170-yard 11th, both set deep in the impressive sand dunes.  In all, 16 tees were re-built and 14 greens completely re-shaped, restoring them to their original character conceived by MacKenzie.

Hawtree wisely left the magical “Klondyke” and “Dell” holes alone. The improvements include the re-routing of holes towards the Atlantic Ocean and the amplification of trouble around the greens where bunkers, swales and mounding now make approach shots, from any distance, a challenge.  The par 4 holes at Lahinch, in particular, are generally regarded as the best in Ireland offering a wonderful challenge even to the strongest player.

Designed by Jack Nicklaus, the Mount Juliet golf course first opened in 1991 with a friendly match between Jack Nicklaus and Christy O’Connor Snr. Since then, the course has established itself as a premier venue for top professional and leisure golfers from around the world.

The Academy, which opened this year, will use the most advanced teaching software (Trackman, swing/video system and hardware) and instruction will be based on Paul’s playing philosophy.

The course is surrounded by the sea on three sides and is only ten miles from Dublin’s city centre. The club’s greatest hazard is long gone, however – this was the now legendary cow of Maggie Leonard, managing to swallow hundreds of golf balls. Playing here is regarded as true links golf, the course requiring a creative attitude to play. Hard to book and a letter of introduction is needed to play here.

Royal County Down is located in one of the world’s most naturally beautiful link settings in the Murlough Nature Reserve. Against the magnificent backdrop of the Mountains of Mourne, the links stretch along the shores of Dundrum Bay, zigzagging back and forth to provide a different vista from virtually every hole. The ‘bearded’ bunkers are world-famous and feature overhanging lips of marram, red fescue and heather. The greens are fast and many are domed, rejecting any shot lacking conviction. This is a true test of any player’s command of the traditional bump and run, the preferred way to play any links.

The ninth hole is one of the most photographed holes in world golf. A 486-yard par 4, it is played from one side of a huge mound down to a fairway some 60 ft below and 260 yards from the tee. From the bottom of the slope, the second shot is played over two bunkers to a raised green. The finest of all links courses, it offers a stern challenge from the championship tees. The record is 66 set by Ireland’s first golfing superstar, Jimmy Bruen, in 1939. The Stableford tees, it offers golfers of all standards the opportunity of playing a truly great course with a dramatic panorama of the surrounding mountains and coastline.

Royal Portrush golf course in Northern Ireland is one of the best and most challenging links golf courses in the world. Situated on the beautiful North Antrim Causeway coast, Royal Portrush Golf Club occupies a triangle of giant sandhills that present magnificent views in all directions. The course is overlooked by the ruins of 13th-century Dunluce Castle and this gives its name to Royal Portrush’s famous Dunluce course.

The natural drumlin valley landscape of West Cavan provided the course architect, Paddy Merrigan, with a blank canvas on which to create a masterpiece. The course has been designed with a certain boldness and sureness of instinct, which has resulted in the development of a truly fine parkland course. You get pleasure from it each time you play it. There are no weak holes on it, off the back stakes, there are many that will test the best, while all the greens are a tribute to the greenkeeper.

The second hole (434 yards) with the water coming into play, is a great driving hole, where water plays an intricate part on holes 11, 12, 13 and 16. The greens have been rated by some as the most impressive element of the design where devilishly tricky putting surfaces present a searching examination of accurate play.

The crucial quality of the course lies in the fact that its design is strategic rather than punitive. The intention is not to penalize the golfer who strays off the straight and narrow but to encourage attacking shots by rewarding their success and punishing failure.

Typical Cavan terrain of small fields, scrub ditches and poorly drained soil degenerating into a boggy swamp have been transformed into an 18-hole layout of stunning quality, both from a visual and playing perspective.

These are some of the best Irish Golf Courses you can find in Ireland. 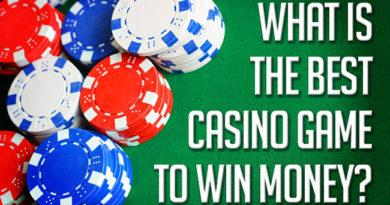 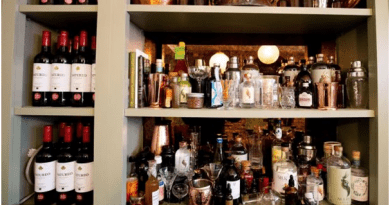 Visit Virgin Mary Bar in Dublin with no Booze 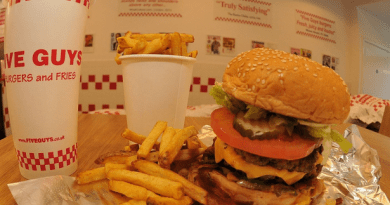