Irish people love sports, betting and casinos. They love indoor as well as outdoor sports which are well-integrated and deeply rooted in their culture. According to the Irish Sports Council, no less than 47% of Irish people regularly participate in sporting activities. On Sundays, you can see the pubs and clubs of Ireland all fill up with men and women of all ages enjoying their afternoon watching sporting events or playing casino games. So if so much is the love for sports and betting, that shows that all forms of gambling and betting operations are legal in Ireland.

You can enjoy from horse racing and greyhound racing activities to football, rugby, athletics, bookmakers or land casinos offering lots of games to explore. Wagering has been subjected to regulation in the country since the 18th century by different statutes and common law and it is not at all surprising that billions of Euros are spent on both land-based as well as online gambling activities by the local citizens on a yearly basis. So this proves the fact that Irish players can enjoy all forms of gambling, including private casino offerings, bingo and sports betting.

In the past gambling in Ireland was not legal- Are Ireland casinos legit to play?

Earlier in previous years gambling in Ireland was not legally controlled for many years until 1956, when the Gaming and Lotteries Act was established. The Act was used by the country’s Government to make casino gambling illegal. However, there were some loopholes in the law, which helped the so-called “private member’ gaming clubs” to be established, which filled the gap after casinos were proclaimed out of the law.

The Gaming and Lotteries Act of 1956 lies at the very core of contemporary gaming and gambling legislation in Ireland. The fact Irish gambling laws are considered a bit out of pace compared to the ones of other countries.

Traditionally, Ireland does not have a casino industry, even though the country’s situation has changed since the early 2000s. In addition, there are basically two major categories when it comes to gambling operations in the country – betting and lotteries and gaming. The legislature for both types of activities has been reviewed and great reforms were planned in 2013 and in 2015.

It is legal to indulge in horse racing and greyhound racing

Irish people have love of horses and this is a reason why horse racing is a popular sport in Ireland. The horseracing industry enjoys the patronage of the government and therefore, has the sanction of the state’s support for the industry. The Horse and Greyhound Racing Act of 2001, governs the rules of horse and greyhound racing. Although horse racing is legal in Ireland, the establishment of Fixed Odds Betting Terminals is not allowed in betting shops or public houses. The FOBTs are considered gaming machines and therefore, do not find a place in public houses. However, the exception is limited to the Republic of Ireland only, as the UK has allowed the establishment of such terminals.

Under the purview of the Gaming and Lotteries Act of 1956, casinos are illegal in Ireland. However, due to the existing loopholes in the law, the establishment of private clubs offering casino-like facilities is allowed. Therefore, private casino clubs thrive in Ireland whereas large casino establishments have been kept away. To become a member of any such club, an individual must be 21 years of age and has to provide his residence proof. Along with this, other membership approval guidelines are mentioned in the Gaming and Leisure Association of Ireland (GALA).

You can play poker too

Poker is very popular in Ireland. Although it is legal, it is not without regulations. The banker or promoter of a poker game cannot have any share in the portion of the pot. Other than that, there are other regulations governing the game of poker. Despite this, poker is very popular and Ireland has been host to some of the best tournaments in Europe. The Irish Open with a 3 million, prize pool is a coveted tournament.

Lottery and Bingo are legal to play

Although the lottery tickets in Ireland are the costliest in Europe, playing the lottery is still very popular here. Bingo is another pastime of the Irish people. Both bingo and lottery are legal and therefore, enjoy the state’s support.

Although the pickup has been slow, online gambling is showing signs of becoming popular. The slow pace is attributed to the fact that legally, online gambling was not permitted until recently. It was only recently that the Horses and Greyhound Act of 2001 allowed the Irish public to bet online with other companies than those based in Ireland. The web-based gambling operations were officially legalized in 2003, and the first bookmaking website was launched in 2004. Soon, it was successfully followed by other gambling operators in Ireland.

Betting and the tax laws

The Irish Government is the one that issues licenses to web-based gambling operators that allow them to run their activities on the territory of the country. Still, there is a large number of local sportsbooks which are hosted in foreign countries to evade tax issues. Making bets through outlandish online gambling operators is also legal in Ireland.

There was no tax or regulatory framework that would exclusively apply when it comes to online gambling in Ireland. After a certain period of consideration, the country’s government made the decision of changing the status quo. The Irish Betting (Amendment) Bill was officially published in 2012. The Bill was especially pointed at filling the gap in the online gambling legislation, left by the already existing Betting Act of 1931.

The Irish government approved the passing of the Gambling Act 2015, in a move that now enables the country to implement new online gambling tax rules. Under the new regulations set out in the Act, online casinos, gaming and bingo services in Ireland will face a 1% tax on gross gaming revenue.

Online sports betting operations will be charged at a 15% net revenue rate, the same rate set by the UK Gambling Commission for activities in the UK market. All online gambling operators wishing to offer services in the country will be required to gain an approved licence, each of which will last for two years.

Those operators that do not acquire a licence and still offer services in Ireland could face a fine of up to €300,000 ($320,000). The implementation of the regulatory regime for remote operators will also allow for the extension of betting duty to these companies.

The future of online gambling in Ireland looks bright following the passing of the Betting Act 2015, with many seeing it as a growing industry. One study anticipated that, now that it is properly regulated, online gambling in Ireland could be worth €7.5 billion to the economy by 2020. Now without any worries, you can play at Irish casinos as they offer legit games to bet on and enjoy.

This is everything there is needed to know about the Ireland Casinos. 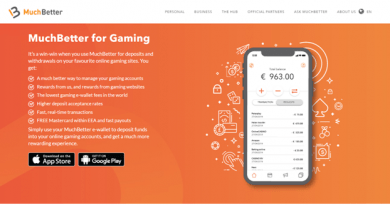 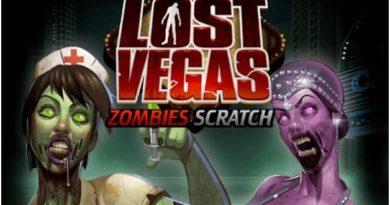 How To Play Lost Vegas Slot At Royal Vegas Casino? 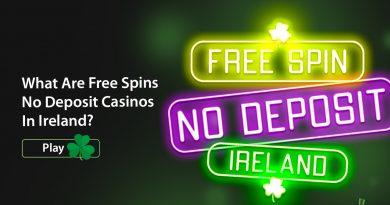